The Edinburgh World Justice Festival unites organisations and individuals across Edinburgh, the UK and the world and is supported by a wide community of MSPs, local Councillors, Non-Governmental Organisations, friends and all those who want to be the change that they want to see in the world. 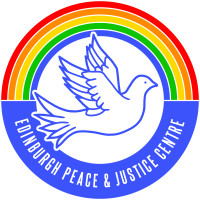 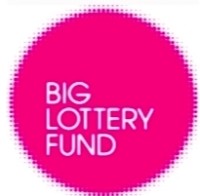 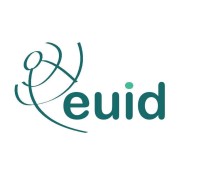 The EWJF Team is grateful for all the messages of support:
I fully support the aims of the Edinburgh World Justice Festival. Knowledge and understanding of the causes of poverty, war and injustice are the first steps in tackling these issues. The simple act of discussing and debating the problems affecting people around the world provides hope and optimism for the future.
Councillor Steve Cardownie, Festival and Events Champion, The City of Edinburgh Council

The Edinburgh World Justice Festival provides a great chance to build on the efforts of the Make Poverty History campaign. By promoting the values of justice, peace, non-violence and equality, the festival offers much to the City of Edinburgh. I fully support the work and values of the Festival and have no doubt that the events in May 2015 will be a great success.
Kenny MacAskill, MSP for Edinburgh East and Mussellburgh

I recall taking part in the great Make Poverty History march in Edinburgh, and before that the excellent Jubilee 2000 campaign on world debt. With the credit crunch, action on world poverty is now even more urgent and so the Edinburgh World Justice Festival is an even more vital contribution to the campaign. It has my full support and encouragement.
George Foulkes MSP, Scottish Parliament

The EWJF has taken up the challenge where the massive Make Poverty History demo in Edinburgh left off, with an exciting range of events to raise awareness and stimulate action for justice. As a Green Party Councillor I wholeheartedly support the EWJF and look forward to contributing under this year’s vital theme, ‘building justice out of crisis’.
Steve Burgess, Green Councillor for Southside/Newington Ward

As Edinburgh’s representative on Nuclear Free Authorities I am delighted that the campaign for nuclear disarmament has supported the EWJF. We need to be spending our scarce resources on moving towards a peaceful and just world, not on weapons of mass destruction, and I wish the festival well in continuing this struggle.
Councillor Lesley Hinds

The Make Poverty History demonstration was one of the most notable days in the history of Edinburgh. I wish you every success in continuing the legacy of the campaign, and ensuring that we do not forget the pledges we made.
Coucillor Paul Godzik for Meadows/Morningside.

One thought on “Supporters”