SCOTTISH AND KURDISH ARTISTS FOR PEACE IN KURDISTAN 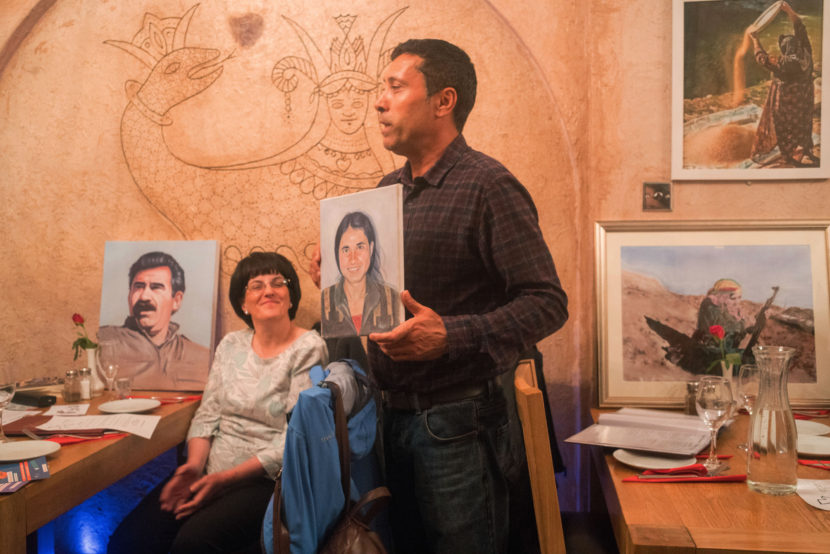 On the evening of 3rd of October 2017, Edinburgh World Justice Festival and Scottish Solidarity with Kurdistan organised and event full of art, poems and stories. Artists from Scotland and Kurdistan came together to highlight the human rights issues in Kurdistan. An evening of readings, poetry, music and art along with the remarkable Kurdish food by Rojava Restaurant had just completed the evening. 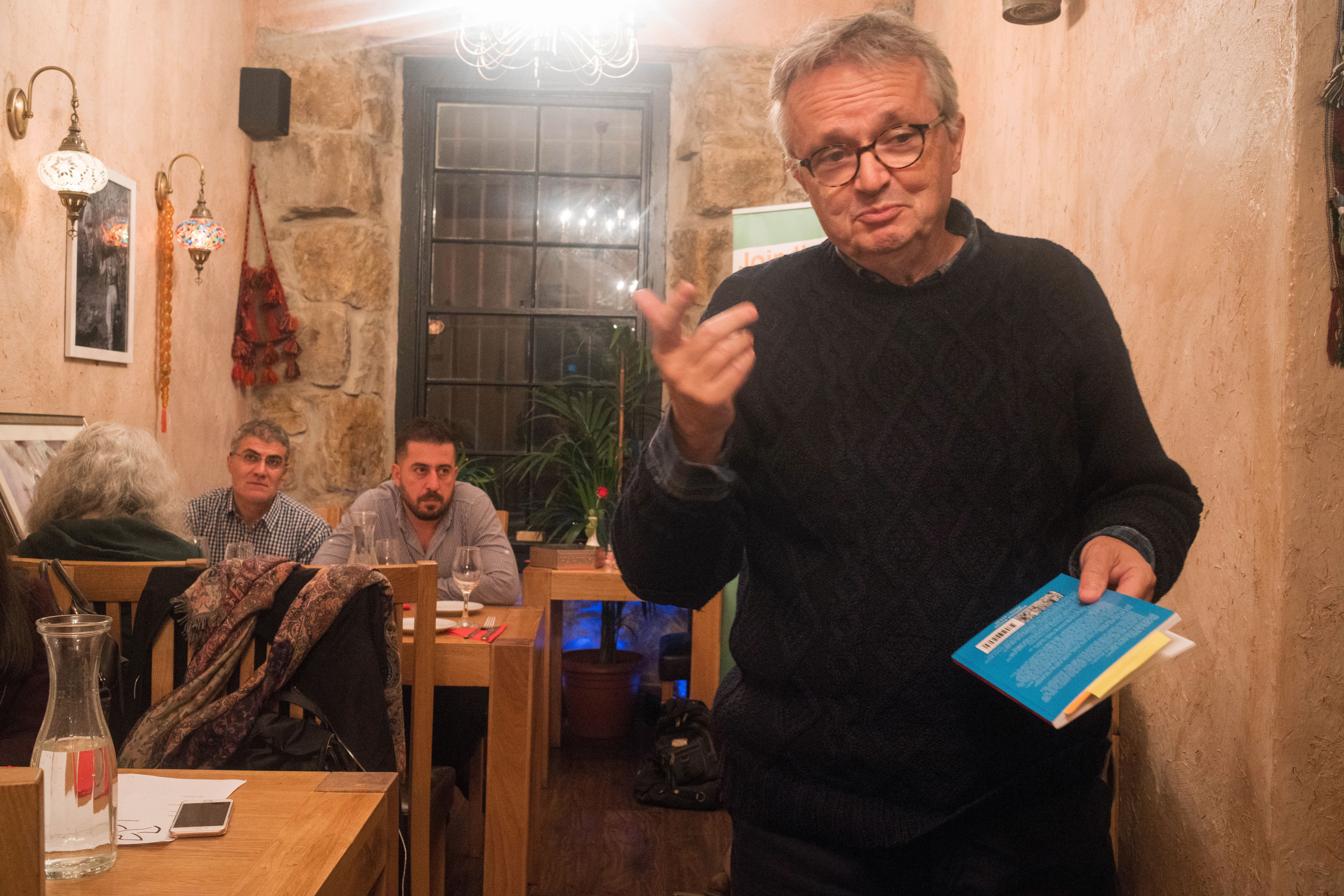 Artists for peace in Kurdistan as part of the Edinburgh World Justice Festival came together at a joint event in Edinburgh. Writers, musicians and artists reflect on the Kurds’ Struggle for peace democracy and equality. From Saddam Hussein in Iraq to Erdogan in Turkey and ISIS Rojava, Kurds have faced oppression for many years in many forms. The ongoing dirty war on Kurds and their friends, has been continuing in the form of execution of innocent protesters, prosecution of HDP parliamentarians, intimidation and assimilation of the civilians, academicians and activists. For a motivational and courageous cause the Kurdish and Scottish artists came together to bring awareness and show support to the Kurdish Question in the Mesopotamia. 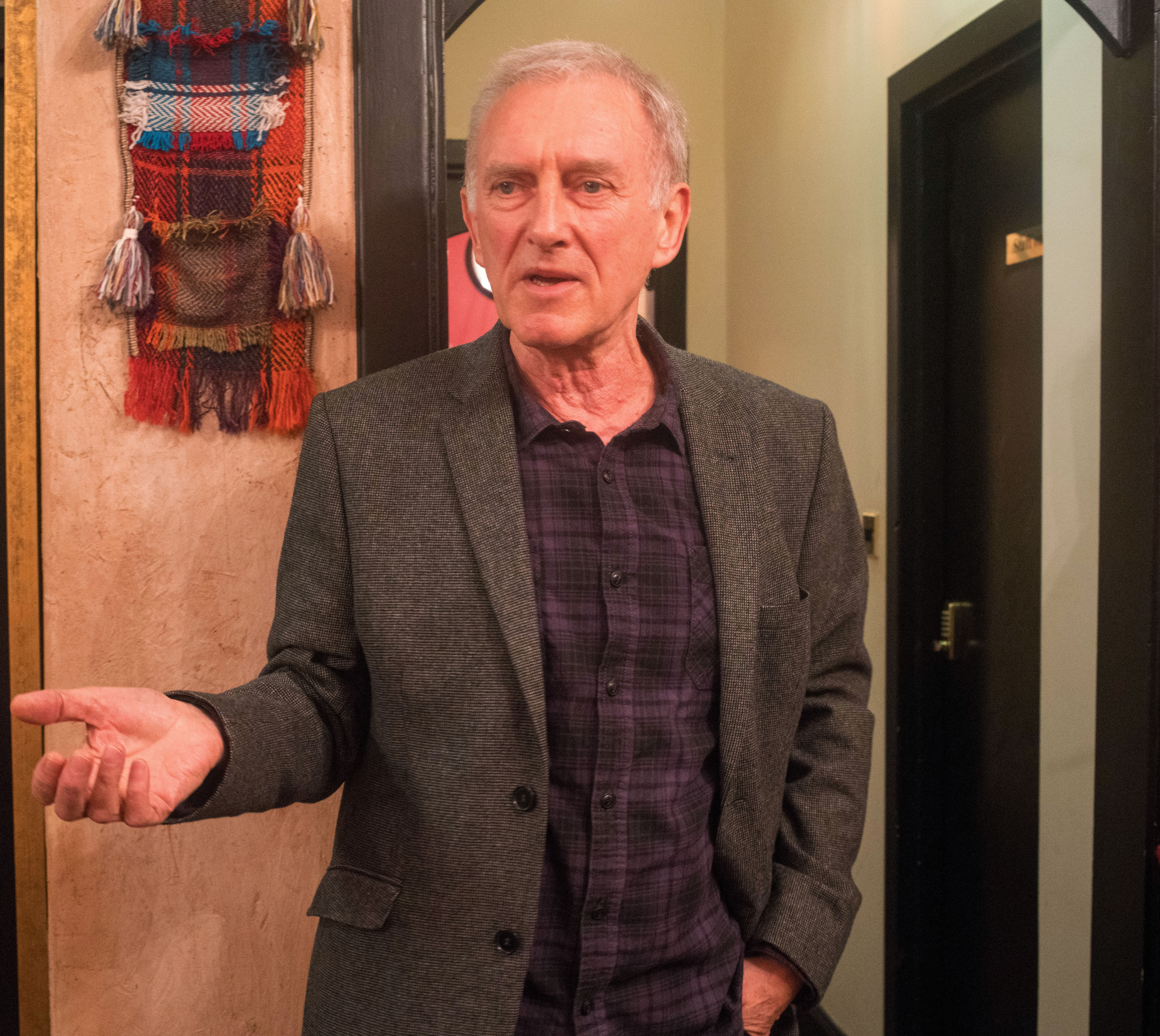 during the event as the participants were enjoying the Kurdish cuisine along with the Kurdish music in the background. The Scottish short story writer said that, the Kurdish Question in Kurdistan will not be resolved without the presence of Abdullah Ocalan. “Ocalan’s release by the Turkish State would interpret as the  beginning of peace and dialogue for the long lasting Kurdish Struggle”.

He also added that the system that is set live in Rojava; ‘Democratic Confederalism is the idea of a free and alternative system which Ocalan has been proposing for many years, this is an ideology that should be supported by all democratic sections.

Medeni Yanat and Hasan Cuctcu originally from Kurdistan and now living in Scotland have showcased their paintings and shared the stories behind them.  Yanat’s drawings were mainly painted from inspirational photos taken from the war zone in Kobane, Rojava. Yanat translates his paintings as; “my main focus in my watercolour paintings are women and children since they are the most innocent and non-violent human beings that were forced to experience horrendous war times perpetrated by ISIS”.

Following with Cutcu’s paintings, his pieces reflected the portraiture of the Kurdish leader Abdullah Ocalan. He stated; “I am inspired with the ideology and struggle of Ocalan and therefore my main motivation is to paint our leader that has brought the strength and courage for Kurdish people to stand up for their rights and freedom”

To end the evening, Jean from Dove Tales the organiser and speaker of the night carried out the raffle draw before the end of the night where people enjoyed winning their prizes.  As a memorable ending the members from the Kurdish Community jazzed up the night with some Kurdish tunes along with their instrument ‘saz’.